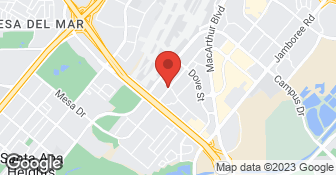 UpperLeft Wealth Management is here for anyone planning for and trying to figure out if they're on pace for retirement, or are looking for investment management, advice on social security, home mortgages, taxes in retirement, or other financial questions. Our data-driven processes and strategic planning mean we help you face the curveballs life can throw at you. I am a CFP® and fiduciary, and hold an M.B.A. in finance from Columbia Business School. My reputation is built on your trust. If you're ready to look at improving your odds of success, contact me at www.upperleftwealth.com.  …

Our passion is partnering with our clients to crystallize their financial goals, design a strategy to achieve those goals and execute the plan to its completion. You know it’s not enough to just make a plan, even the most well designed strategies can fail if not executed properly and then monitored for progress and suitability. This is why we consistently monitor the progress of your plan and make changes as new developments come to light with your changing goals. Whether we are helping a young family set the path to achieve their ideal lifestyle and first home; assisting a newly widowed client in navigating and structuring his/or her retirement plan and new life; or advising a professional couple on structuring the sale of their business and transitioning into retirement, we are consistently behind the scenes working to get you there and keep you there: on track. Our Core Competencies include: Financial Planning, Wealth Management, Risk Management, Estate Planning and Multi-Generational Asset Transfer Planning, Managing Executive Deferred Comp Assets. We use the latest and the most sophisticated tools to produce accurate and realistic analyses. We pride ourselves on our independence and ability to work with the leading experts in all fields of wealth management, accounting and estate planning to design a comprehensive and robust strategy to achieve our clients’ goals.  …

On January 26, 2011, I e-mailed Joe Logan/CTI, to express my disappointment in my losses as my additional $2,500 investment was declining daily. When I did not receive the courtesy of a reply within two weeks, I e-mailed him a similar e-mail again asking if, in his opinion, the losses might turn around any time soon. Neither e-mail was returned to me as undeliverable, nor did I receive a reply fro...

Description of Work
Cooper Trading Inc("CTI") sells subscription to its automated computerized stock futures trading pro gram by cold telephone calls claiming the person receiving the calls has expressed interest in their program. The company requires the subscriber to trade through Foremost Trading. PGFBest provides the accounting & reporting. In January, 2010, I began receiving many, many cold telemarketing calls from a man who identified himself as Bob Bennett and said he was with a company called CTI. He said CTI had developed an automated computer stock futures trading program. He said CTI had been in business for a number of years and that this program traded the Standard and Poors 500 stock group. He identified the program as the CTI Boomer S & P E-mini trading program. He told me the program has been so profitable for previous investors that CTI was now offering a 100 percent refund if investors did not make a profit in 12 months. Subsequently my spouse and I drove to the CTI office, California, and met with a man who identified himself as Joe Logan. We visited with Joe Logan in his office for about an hour. He told me the three principals in CTI were himself, his uncle Jack Logan and Bruce Monroe. Outside his office, I noticed what appeared to be about a dozen telemarketers. Mr. Logan Logan told me that he previously owned a seat on the New York Stock Exchange and sold it for six million dollars. He said he then joined his uncle and Bruce Monroe at CTI. When I asked him how he may have gotten my name, he said that they buy lists from various brokers and financial counselors and my name probably came from one of those lists. My regular broker for many years has been TD Ameritrade. Also I have dealt for many years with financial consultant Investools Inc., which is now owned by TD Ameritrade. Joe Logan also confirmed and reassured me about what his salesman Bob Bennett had previously told me on the telephone, that investors would receive a 100 percent refund of their CTI subscription fee if their investment did not show a profit in 12 months. He also told me the $6,000 subscriber fee to the Cooper Trading Inc ("CTI") Boomer S & P E-mini futures trading program must be paid by credit card in advance. Investments must be made in increments of $2,500 through their stipulated broker Foremost Trading LLC in Geneva, IL, (www.ForemostTrading.com) and another stipulated broker PFG Best in Chicago, (www.PFGbest.com) They seem to refer to their program as CTI but their company as Cooper Trading Inc, as the first sentence of the contract I signed identifies them as Cooper Trading Inc ("CTI").