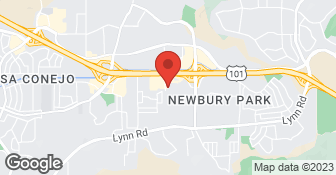 The service was great. The staff is fine.

Description of Work
I used Giant Oak Automotive. They fixed my car.

They got it done while I waited. It took them maybe an hour and a half and it was faster than I even thought. I have been using them on and off for a while and Mike the owner is just always honest, there is never a thought of is he just going to throw in a couple of other things because he wants money. He is just an honest man and never overpriced. I have been using them for six years. I was thinking the last service was going to be expensive. For all that I got done; it thought that was a good deal. He took me right in because I knew my tail light was out when I was going down the valley, Mike took me in at two and got me out by 33.30. I would continue to use them forever.

Description of Work
They replaced the tail light on my new car. They changed my oil and all my fluids and they realigned my car.

GIANT OAK AUTOMOTIVE is currently rated 5 overall out of 5.

No, GIANT OAK AUTOMOTIVE does not offer eco-friendly accreditations.