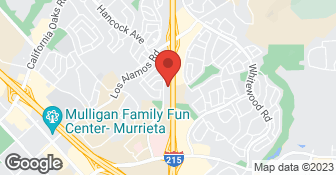 The Neurosurgeon, Dr. Bret B. Abshire, provides state of the art and comprehensive spinal and cranial care. He has a surgical experience of over 13 years. His neurosurgery clinic is located in Murrieta, and he is committed to performing the highest quality surgical treatment for disorders of the spine and brain in the Temecula Valley and surrounding areas. There are 2 providers at this location. Surgery is performed here. To see if a provider is board certified visit www.abms.org. ...

First, he was an hour late for the appt. He looked at (supposedly???) my MRI pics and said I have scoliosis. I attempted to ask questions TWICE and both times he sloughed me off and continued with what HE wanted to say. He recommended I learn to live with the pain because it wouldn't be an easy fix and pain could return later on. Wrote an order for me to have an exam at Eisenhower Clinic in Palm D...

Description of Work
My wife is 37, and had Back Surgery with Dr Abshire. Surgery took twice as long as he stated which wasn't a big deal, but then while in her back he tore her Dura (possibly from rushing or being to rough while operating on her spine), leaving her to stay another few days in the hospital. After the surgery he wouldn't see her for 6 weeks after, even when she was complaining of pain and couldn't work with PT. Finally after we got an appointment 6 weeks later, he came in acting VERY rushed. He said that he was surprised that she was still in pain, ordered another CT scan and an MRI, didn't answer any questions. We were literally asking him questions as he was walking down the hall, shouting answers back at us. TERRIBLE bed side manner, doesn't seem at all like he cares about his patients. when we came back with the MRI, he was the same uncaring attitude saying hat it looks like there was still bone that needed to be taken out and because it was pinching her nerves. She kept telling him about her pain, but he just didn't seem to care. Said that she was probably gonna need another surgery, literally 4 months after her first surgery (did I mention that she is only 37 years old). Next visit, we got there at 3:03 for our 3 pm appointment, we waited an hour and a half in the waiting room, then went to the exam room where we waited another hour, (its now 5 :30) finally Dr Abshire came in and looked at the MRI, was very concerned, stating that she now will have to have her spine fused. He kept saying initially that she shouldn't have a fusion, now he s saying that a fusion is the best option. Very indecisive, and changes his mind with every visit. Anyways I am very weary of specialists who should be experts in their field, but cant decide what to do. All I know is that my poor wife can barely walk by the time the afternoon comes around. She is in so much pain, and I feel like this man only made it worse, and in my opinion, doesn't really care. Make your own choices, we saw good reviews on yelp, but experienced a very poor surgeon, who I would "go out on a limb" and say arrogant and incompetent as well. I will never trust one o fmy loved ones with this man again!! I would recommend that you do the same.

He seemed thorough and thoughtful. He listened to what I said and gave me an appropriate response. That is probably the best thing. I wish he made the diagnosis a little more understandable to the patient. I didn't wait too long.

Description of Work
Dr. Bret Abshire is my neurosurgeon.

After reviewing my MRI films Dr Abshire could not determine the cause of my pain. One of his comments to me was I have a back that most of his patients would love to have. To me a comment like this could only mean he didn't see anything wrong with my back on my MRI films. After approximately six months of medical tests and seeing a Nuerologist, Dr Abshire concluded that he was unable to diagnose t...

Description of Work
After suffering a back injury in an automobile crash where I was rear-ended by an SUV, I experienced chronic low back pain. I saw Dr Bret Abshire over a period of 6 months where he referred me out for medical tests and to see other specialists.

Dr. Abshire. He's a master of his art and he understands the human body and specializes in spinal injuries. And instead of going in there with tools and jackhammers and everything he finesses in. When he did my back surgery there were no transfusions and it was basically overnight. He did the surgery in the afternoon and I went home the next day. The first time I had my back done at a Navy hospita...

Description of Work
I had back surgery and it's been quite awhile since I seen him. I don't see him unless I need to have surgery and that's been several years ago.