With Angi since November 2011 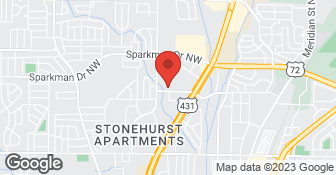 There are different levels of care in there and my wife experienced 2 of them; one being Regency Health and Rehab, whereas the other one was Regency Retirement Village-Special Care Assisted Living Facility. She was in the Special Care Assisted Living Facility prior to going to the rehabilitation center. In the facility, coming and going is restricted, as people over there have various forms of dementia and it’s guarded for their own safety. They assist them in whatever possible and if they have lost faculties, as part of their problem, then they have been given assistance in replacing the lost faculties. They were giving assistance to my wife in bathing, dressing, transferring from a bed to the chair, if necessary; toileting, constant care, eating, mobility and medication assistance. The biggest problem I had was that, my wife was on hospice care and once when I was out of town, she fell and she should have been given hospice care, according to the agreement I had. If you are on hospice care, you don’t hospitalize, but they took her to the hospital, which unnecessarily prolonged her living, which was very unpleasant. It did prolong her life by some weeks, but it was not a major issue. They are as good as anyone else, hence I rate them an A overall. They communicated well, to an extent, where I was awake till midnight. I will use them again in future, if required.

Description of Work
My wife was in Regency Retirement Village for a long term care, till 24 May, 2011.

Regency Retirement Village is currently rated 2.5 overall out of 5.

No, Regency Retirement Village does not offer eco-friendly accreditations.