Is Your Home Electrical System Safe? 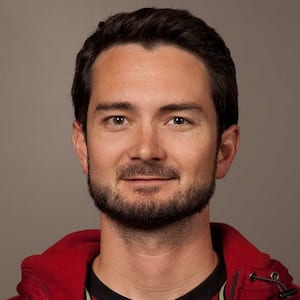 Worried about electrical problems? Licensed electricians explain some of the warning signs that could lead to a fire, and provide tips for assessing the home.

You know something’s gone terribly wrong when the furnace sputters to a halt or water spills through your roof, but a problem with the electrical system isn’t always that forthcoming.

Besides obvious malfunctions — such as a power outage or dead outlet — do you really know if the system is functioning properly and your home is safe? Electricians say that even when the electrical system appears to be in top shape, it might drop subtle hints that a problem lurks in the walls.

Bill Hyman, owner of highly rated William G Hyman Electrical Contracting in Silver Spring, Md., says rely on your senses to alert you to potential issues. “An electrical system shouldn’t have any noise. It shouldn’t have any smells, and should never be hot,” he says.

Be on the lookout for anything out of the ordinary, such as flickering lights, a sizzling sound when you switch lights on or off, plugs that fit loosely in receptacles or lights that dim when you turn on appliances, electricians say.

Hyman says many of these symptoms signal a loose wiring connection, which he attributes to the home’s expansion and contraction that occurs as temperatures fluctuate.

“These problems can lead to wiring issues in light fixture boxes, and issues in the walls behind the switches and receptacles,” says Bill Ellison, owner of highly rated Ellison Electric in Greenfield, Ind. “This can cause the wiring to short out and burn in areas where you cannot see them.” 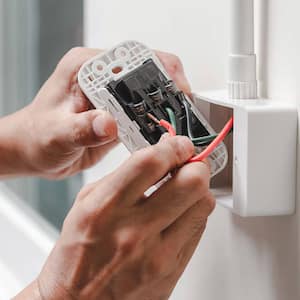 How To Identify Different Electrical Wires by Their Color Codes

There's a reason for that rainbow of wires

What about the circuit breaker?

If your breaker trips frequently, it means you’re overloading a circuit, which isn’t good.

But Hyman says you have a potentially bigger problem if you live in an older home and the breaker never trips. He says the original electrical wiring was never meant to power today’s modern appliances, so a lack of tripping often means the home lacks adequate protection. “Everybody at a certain point will blow something,” he says. “It tells me they probably have overfused circuits, meaning [they have] too large a breaker. It’s masking existing overloads.”

Homes across the U.S. still have outdated and obsolete electrical wiring, such as pre-1940s knob-and-tube wiring and 1960s-era aluminum wiring. Electricians say both have a reputation for starting fires.

What you can do

Ellison recommends homeowners inspect their electrical system. “Check to be sure everything is working as if it were the first day the house was built.” He says lights should come on immediately, and there should be no power issues at receptacles. “Trip your GFCI receptacles monthly to be sure they are working properly,” he says.

The U.S. Fire Administration suggests installing smoke detectors in all sleeping areas and on every level of the home, including the basement. Test batteries regularly and replace them once a year. Remember, a smoke detector with no battery is the same as having no detector at all.

Hyman says nothing good will come from avoiding electrical repairs. “The best thing homeowners can do is realize that electrical problems don’t go away. You can’t ignore these things because they just don’t get any better.”

Never attempt to repair an electrical issue yourself, and if you’re unsure of the severity of a problem, call a licensed electrician. “I speak to many customers over the phone and can typically determine if there is a serious problem,” Ellison says.