Where Does the Trade Shortage Go From Here?

The skilled trades face an uncertain future and a ticking clock.

The skilled trades face an uncertain future. The last few years have seen an increase in new workers entering the fields, but as more older workers retire and the shortage intensifies, the effect can be hard to predict.

Industry veterans see the tide turning somewhat, but freshly minted apprentices will require a few years to reach full status. As the pipeline shows improvement, the professional trades face a sharply growing shortage right now while they wait for workers to complete their training. This all could add up to the biggest crunch time taking place in the next few years.

According to the National Association of Home Builders, workforce problems have grown sharply every year since 2012. That year, 21 percent of builders reported to the NAHB that they had either some or a serious worker shortage, and that number jumped every year until it reached 56 percent in 2016.

In the meantime, all the trades face a race against time. The numbers are stark. Among electricians, for instance, the Bureau of Labor Statistics expects the need for new jobs between now and 2024 to be 85,900. But factor in retirements and veterans leaving the workforce for other reasons, and the total number of new job openings by 2024 will be 181,800. Kevin Tighe, director of workforce development for the National Electrical Contractors Association, says electricians are currently retiring faster than new apprentices are joining to take their place.

In the short term, we could see longer wait times for quality contractors. “It’s a supply and demand issue,” says Spenser Villwock, interim CEO of Independent Electrical Contractors, a national trade organization. “You have fewer contractors to choose from, and if we don’t have more people to perform the work, completion timelines are going to be way off.”

All agree the key is recruitment. Numerous fields are partnering with a major Department of Labor program, Apprenticeship USA, to draw new recruits from all walks of life. As part of their outreach, industries are targeting not just young people, but older workers who are looking for new careers and veterans with military training in the trades.

According to the National Electrical Contractors Association, 7,000 new apprentice electricians join the field each year, but 10,000 retire. That's 27 electricians leaving the force and being replaced by only 19 every day.

Working with the government for new recruits

Industry experts say they’re heartened by the $190 million Apprenticeship USA program. Tighe says he hopes to work with the program to reach out to potential recruits, and officials in President Barack Obama’s administration have made a point of visiting training facilities to increase interest.

In the meantime, the trades expand their ranks by reaching out to different sources of skilled workers. In past decades, apprentices were rarely older than their early 20s, but now it’s common to see apprentice tradespeople in their 40s. “We’re specifically focused on reaching out to minorities, women, the disabled and vets who have the interest and skill set needed to work in construction,” Tighe says.

Hope for the future

Jim Patterson, director of the Electrical Training Institute in Indianapolis, says he’s seeing the signs of improvement. “With the economy rebounding like it is, the competition for people entering the workforce is much more robust,” Patterson says. “Our applications numbers are way up. We had many more applicants in 2016 than 2015 for the electrical apprenticeships.”

Of course, preparing the future is a risky business. Bill Irwin, executive director for the Carpenters International Training Fund, notes that all these predictions assume a certain expectation of normalcy. “Twenty different economists can come up with 20 different predictions about what the economy will do, and there’s no guarantee we won’t see another recession in the next 10 years,” he says. “So we’ll have to wait and see.”

Villwock says the future belongs to the bold, the young people who reach out for the new opportunities. “You can really advance in an expedited way,” he says. “If they’re motived, if they can show those skills, if they have great business and technical sense, they can fill those vacancies sooner rather than later. We may be trying to make lemonade out of lemons, but I believe this offers a huge opportunity for young people.”

Everyone remains keenly aware of the stakes. “All our futures are going to be depending on the next generation coming up being able to handle what we’re building,” Tighe says. 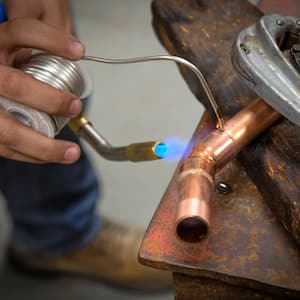 How Does the Trade Shortage Affect Homeowners?

Contractors working shorthanded can have an immediate impact on the quality of work.