What Are the Dangers of Loan Modifications? 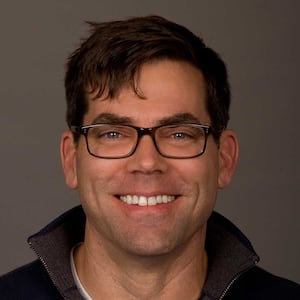 Thousands of homeowners have fallen victim to loan modification or foreclosure assistance companies. The Federal Trade Commission and at least 36 states have joined forces to crack down on these scam artists.

Like many homeowners facing foreclosure, Ted Braun of Indianapolis says it wasn’t one thing that led him to default on his mortgage but rather several setbacks in succession.

First were hefty legal fees incurred during a child-visitation battle with his ex-wife, then the economic downturn reduced his income as a heavy equipment salesman by $40,000. Finally, his adjustable rate mortgage bumped his rate three points and raised the payment on his 4,500-square-foot house to almost $1,600 a month.

Braun says he called his mortgage company for help. “They said, ‘Nothing we can do about it,’ ” he says.

Then came hope in the form of a letter from National Foreclosure Counseling Services. “They told me they could lower my interest rate and all that because I was behind on my house payment,” he says. He paid them $1,500 but never received help. He says he eventually filed for bankruptcy to keep his house from a sheriff’s sale.

Braun is among the thousands of victims nationwide of “loan modification” or “foreclosure assistance” companies. In return for an upfront fee of hundreds of dollars or more, these companies promise to go to bat for homeowners to lower their interest rates and their payments.

Attorneys general in at least 36 states have joined with the Federal Trade Commission and the FBI to coordinate their efforts to stop these companies with a combination of civil and criminal litigation and new laws. ??The FTC has brought 28 cases in this area and has proposed a new rule making upfront fees for such services illegal. The rule has been published in the Federal Register and the 45-day comment period ends March 29.

In Indiana, complaints about such companies are up 700 percent from 2008, says Gabrielle Owens, section chief of the Indiana attorney general’s professional licensing and homeowner protection unit and also on the foreclosure consultant task force of the National Association of Attorneys General.

She says the victims cross every demographic. “It’s fear and desperation,” she says. “We are all emotionally tied to our homes. When people are faced with the very real fact that they could lose their homes, that fear and desperation replaces their common sense.”

Jacksonville, Fla.-based National Foreclosure Counseling Services has agreed to stop doing business in Colorado, has been banned from Maine and is facing lawsuits filed by attorneys general in Minnesota, Illinois, Indiana and Florida. Braun is named as one of 11 victims in the Indiana case.

Amy Klaben, president and chief executive of the Columbus Housing Partnership, says she sees a mixture of fear and embarrassment in some of the clients who come to her agency, one of the 1,700 agencies nationwide approved by the Department of Housing and Urban Development to provide free counseling to homeowners.

Authorities recommend calling one of the free services available through your state attorney general.

Also, a free national resource recommended by the Federal Trade Commission is available at 888-995-HOPE or hopenow.com. The national hotline can connect you with local resources. Authorities warn against companies that initiate contact with you, or require an upfront fee.

As of December, more than 110,000 permanent modifications had been approved through the Home Affordable Modification Program. More than 850,000 homeowners have had a median payment reduction exceeding $500.

Another major source of help is through the national, 24-hour hotline 888-995-HOPE or on the web at hopenow.com. It is operated by a nonprofit alliance of certified counselors, mortgage companies and others in the industry and is the resource recommended by the FTC and other government agencies. The hotline is part of the National Foreclosure Mitigation Counseling Program, which has helped 762,284 homeowners since its inception in March 2008 through Feb. 12.

The national hotline will refer people to local resources where available. The earlier people call, the more options that will be available to them, says Marietta Rodriguez, national director of home ownership and lending for NeighborWorks America, one of the partners in the “Hope Now” alliance that is supporting the hotline.

NeighborWorks was created by Congress 30 years ago to support community revitalization and oversees the National Foreclosure Mitigation Counseling Program that includes the hotline but also other counseling agencies as well.

At risk of “imminent default”

A key phrase banks pay attention to is “imminent default,” she says. “If you are in danger of imminent default because you know you are going to be losing your job, you absolutely need to call your bank and use those words to get the bank’s attention.”

Talking directly with your lender or with a free housing counselor is the best option, she says. “Many homeowners are having a little trouble breaking through with their banks,” she says. “That’s another reason we encourage folks to seek the help of a housing counselor.”

She says for 95 percent of the market, the banks have given trained housing counselors special portals of entry. “They can accelerate and escalate a case in a way that a homeowner can’t,” she says.

But Rodriguez stressed that every situation is different. What may be available to your neighbor may not be available to you because of the complex rules of mortgage portfolios. “It’s not entirely transparent to the borrower,” she says. “That’s another reason to get a professional housing counselor to guide you through the process. No two situations are created the same.”

No one can promise a specific resolution to your mortgage crisis, which she says is something fraudulent companies often do without even looking at the details of a homeowner’s situation.

Michigan Attorney General Mike Cox has made fighting mortgage fraud a top priority, creating a task force that includes the Michigan State Police to go after companies that charge upfront fees for mortgage modification. In 2009, he charged 24 companies or individuals with mortgage-fraud related complaints. “These companies took advantage of Michigan families trying to hold onto the American dream,” he says.

It was that American dream that Guatemala-native Zulma Navarette almost lost — twice.

When she started having trouble making her house payment, Navarette says the wife of the real-estate agent whom she used to buy her house in Los Angeles convinced her to pay $2,000 to get the loan modified. When nothing happened, she threatened to call the police and got her money back.

The same woman then convinced her to pay $3,495 to an attorney for the same services. “Because I got my money back the first time, I felt like she wasn’t going to scam me a second time,” Navarette said, through an interpreter.

The attorney subsequently lost his license and Navarette lost her money. She eventually found help through a free, certified counselor and her house payment has been cut in half.

“Unfortunately, what that means is these companies are getting lawyers to be their frontmen,” says Lynn Armentrout, director of the foreclosure project at the City Bar Justice Center, the nonprofit arm of the Association of the Bar of the City of New York. “There are a lot of dishonest lawyers out there.”

Of the 254 people Armentrout's project has helped since 2008, about 10 to 15 percent had already been scammed. “It’s so disheartening to talk to these people who have paid anywhere from $1,000 to $5,000 to a loan modification company and didn’t get any results,” she says.

California in particular has taken a firm stand against attorneys involved in loan modification. The State Bar of California created a Loan Modification Task Force in April and already its investigations have led to 14 lawyers either resigning or being put on involuntary inactive enrollment, which means they can’t practice law until further notice.

The task force has received more than 1,250 complaints and is investigating almost 250 lawyers. “Any attorney thinking that he or she can commit loan modification misconduct and get away with it for a significant period of time should think again,” says Interim Chief Trial Counsel Russell Weiner.

The state also is cracking down on real estate agents. In 2009, the California State Department of Real Estate revoked 672 licenses in 2009, 50 percent increase over 2008 and a new record. Licenses surrendered by people facing discipline jumped 80 percent to 105.

“With so many people struggling to stay in their homes, foreclosure rescue and loan modification scams have risen dramatically,” says DRE Commissioner Jeff Davi. “And what is even more unsettling, a majority of offenders involved in loan modification scams are not even licensed, which limits a consumer’s ability to obtain restitution or verify the legitimacy of a business.”

“Many scams are looking for ways to legitimize themselves,” Rodriguez says. Her agency has caught people using their logo, the HUD logo, copying the look of their website, “all sorts of things to represent themselves as an arm of the government,” she says. “It’s really hard for a desperate homeowner to figure out who is legitimate.”