Expect Greenwood's downtown to change significantly in the coming years.

Mention Greenwood to most Indianapolis residents, and they immediately think of the Greenwood Park Mall. But just like there’s more than corn in Indiana, there’s more to Indy’s southern suburb than its ever-popular shopping mecca.

A new era is underway in the city of 54,000, with a downtown transformation aimed at introducing the often passed-by area to visitors both near and far.

You’d be hard-pressed to find a mayor with a more unique community tie than Greenwood’s Mark Myers, who was elected in 2011.

Myers’ father, Larry, was Greenwood’s mayor in the late 1970s. Before that, in 1967, the family started Myers Ambulance Service, which served Greenwood and Johnson County for 29 years. The business initially ran out of the Myers’ house.

“We had a deal with funeral homes for their after-hours pick-ups, so I was out picking up dead bodies with my dad at 10 years old,” Myers says. “I started riding the ambulance and worked my first cardiac arrest when I was 14.”

Myers, who’s been a police officer, missionary, head of security at a U.S. embassy and construction safety contractor, wants to reinvent Downtown Greenwood. Thanks to a grant and redevelopment commission and local business commitments, a $1.2 million façade renovation of 22 storefronts will begin this winter. Also, a school demolition will soon open 19 acres for further commercial and residential development.

Chris and Melissa Morris have lived in Greenwood for the past five years. Melissa grew up here, and when the couple decided to move back to Indiana after six years in Cincinnati, they landed in a familiar spot.

“Her parents had moved to Florida, so they sold us the house she grew up in for what they owed on it,” Chris says.

While that was a great deal, the 3-bedroom, 2 1/2-bath colonial built in 1975 wasn’t in top shape after Melissa’s folks leased it out over four years.

“I’m not going to say it was a mess, but it needed help,” Chris says. “We spent a lot of time and dollars, the two most important resources, and fixed it up quite a bit.”

As a former Northsider, there’s one Greenwood trait Chris likes the most.

“It doesn’t have the traffic that the Northside has,” he says. “It’s much more gentle.” 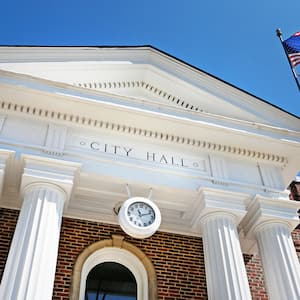 Residents want you to know one problematic Walmart doesn't define them or their town.

Downtown’s culinary scene got a boost in late 2014 when Mark Henrichs and Danny Salgado opened Revery, which produces artistic, locally sourced meals once unfamiliar in the vicinity.

Myers was one of many quick converts.

“I thought, ‘Duck fat poutine, in Greenwood, are you kidding me?'" he says. “Then you try it, and it’s all amazing.”

The restaurant inhabits two connected buildings: one built in 1861 and another from the early 1900s. The interior features an array of repurposed materials, including a bar made from the remnants of an Iowa barn.

Locals say the newer building was a morgue at one point, and while “haunted” might be a little strong, motion sensors have inexplicably gone off.

There were some fascinating discoveries during the remodel.

“They used newspapers for insulation, so we found some from the ‘20s in the walls, one talking about a good game Babe Ruth had,” Henrichs said. “Then under the floorboards we found 160 old bottles, for medicine, whiskey and beer. We kept 60 of them under the floor to keep the spirits here happy. If it is haunted, they like us.”

Another impressive renovation is that of Vino Villa, a wine shop, bar and restaurant in the 1904 former home of local canning magnate J.T. Polk. The three-level structure’s depth and strikingness are apparent once inside, especially the hand-carved wood throughout.

Owner Paul Jacquin and family, who opened Vino Villa in 2011, later got an adjacent lot in a tax sale for a serene patio that sits under 100-year old trees.

“It’s the relaxing, casual atmosphere we were shooting for,” Jacquin says.

Among the customer base are former residents of the property from the last half-century.

“We’ve met a few,” Jacquin says. “The front door is original, and it has two BB holes in it, shot from the inside by a kid the day after Christmas, or so we’re told by his sister.”

Jane Zimmer, 91, has owned her property that sits across the street from Vino Villa since 1956. Today, eight businesses have cropped up there, but she and son, David, say her preschool that opened in ’68 was the first enterprise on their stretch of Madison Avenue.

“Back then they didn’t want any traffic or parking on the road, so there were protests,” David says.

Jane’s grandparents lived in the area, and her answer as to why she’s been there so long is common.

“Family more than anything,” she says.

Debbie VanVolkenburgh, whose A Piece of Cake bakery is now in its 28th year, says Greenwood’s been ideal for her family and business.

“I got to know the people, the schools, and there’s no way I’d go anywhere else,” she says.