While tax season is no one’s favorite time of the year, tax refund season is something most people look forward to before they’ve even finished rounding up their W2s and 1099s.

As it turns out, home improvement projects are high on many people's minds, with 89% of homeowners either currently planning or already working on home projects.

Making a Budget and… Sticking to It?

According to data collected from the survey respondents, 50.5% of homeowners plan to spend over 50% of their tax returns on home improvement projects. While each individual's exact total varies, it amounts to a significant portion of their total project budget, with 64.5% of respondents reporting that they could not have afforded their project without their tax return.

Tax returns allow many homeowners to complete projects they wouldn’t otherwise be able to afford. The extra cash is also helping people do more than they originally planned; 43.1% of respondents say that they increased their home project budget once they knew exactly how much they would get back from Uncle Sam.

And The Top Projects Are…

So, what are the most popular projects homeowners are planning to complete with their tax return windfall? The most popular home project, chosen by 35.7% of survey respondents, was a bathroom remodel. New flooring (31.8%) and kitchen remodeling (31.7%) come in at a very close second and third.

Homeowners Are Prioritizing Projects That Will Improve Their At-Home Happiness

After several years at home, homeowners have realized that home improvement projects aren’t all about boosting resale value. While 29.2% of homeowners indicated that they equally weighed their own enjoyment of their home and boosting their resale value when choosing what projects to complete, 34.6% of homeowners said that the projects they're spending their tax refund on were primarily selected with their own enjoyment in mind. 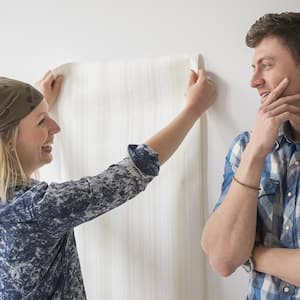 52 DIY Home Projects You Can Do in a Weekend

If Homeowners Didn’t Choose Home Projects, They Would Have Spent the Money On…

With a million ways to spend a little extra cash, most Americans have to think long and hard about where to put their refund dollars. Of homeowners that chose to complete home projects, 29.3% said they were doing so instead of putting the money in savings, 19.3% said if they didn’t do a home project they would’ve paid off or paid down debt. Then there are the people who would have gotten a little fun out of their extra money—17.9% of respondents said they would have gone on a vacation, and 8.9% said they would've made a splurge purchase.

If you’re hoping to complete a home project with your tax return dollars in the coming months, you need to start planning now. With COVID-related supply chain challenges still very much present and pros who have a long backlog of scheduled projects, acting now will ensure you complete your project before next year's tax season rolls around. 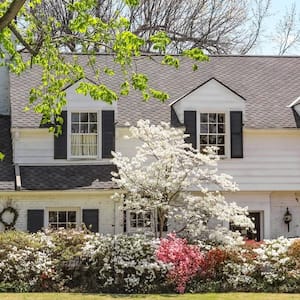 Spring on the Horizon? Tackle These 5 Home Projects ASAP

How We Got Our Data