Looking for Alternatives to Green Appliances? Consider Used or Refurbished 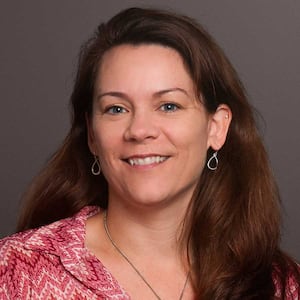 Appliance experts in the Indianapolis area say used or refurbished appliances may provide an eco-friendly alternative to buying new.

After wringing the life from their existing clothes washer, Angie’s List members Jan Arnold and her husband Steve Stilwell replaced it with a $500 General Electric unit that promised time and energy savings.

“It was OK. It did in general what you expected it to do,” Arnold says, but it started exhibiting problems after only five years of use. “Five years seemed awfully short,” especially since the first washer lasted for more than 20 years.

Before buying another new washer, the Greenwood, Ind., residents sought advice from the pros at highly rated Superior Appliance Service of Indy, and Arnold says when the technician removed the cover from the front of the machine, she discovered quite a surprise. “It was weighed down with a cement block,” she says. The repairman told Arnold that GE used the blocks as counterweights inside the machine due to lighter materials used in its redesign, she says.

The Superior Appliance technician diagnosed an estimated $300 to $375 repair for the washing machine to reconnect the tub to its support column, which the couple declined after deciding instead to replace it with a used machine. “We had paid $500 for the washer [new],” Arnold says. “The economics of [replacing] was clearly the right decision.”

They spent $250 on a used washer they purchased from highly rated Turner Appliance on Indianapolis’ Southside, and they say it’s still going strong one year later. “It’s not pretty, and it’s so basic, but it’s given us no problems,” Arnold says.

Given her experience with the short life span of the new washing machine, Arnold says she questions GE’s green claims. “We grew up in a time when we expected appliances to last 20 years … but when we looked around, that’s not what we were able to see. As a consumer, ‘green’ only measures one component of the impact on the environment. It doesn’t measure anything relative to how something is manufactured or what happens when it [quits working].”

How green is green is a question raised not just by consumers like Arnold, but also by appliance experts who say the life span of the new machines necessitates faster replacement, putting a strain on manufacturing and delivery resources that often aren’t considered when determining a product’s energy-saving attributes. Some experts recommend buying refurbished appliances for longer product life and reliability. Still, other experts argue that new appliances are truly better because of technological advances that limit energy consumption and boost efficiencies.

“When dealing with ‘green’ you are in some very murky waters,” says Steven DeNeal, manager of highly rated Dave’s Appliance Service in Lebanon. “It is a word that is not regulated, controlled, governed, defined, quantified or qualified by anyone.

“Any company can use the word ‘green’ to describe absolutely anything from manufacturing, to process, to product, to usage … you name it,” he continues. “It’s like the words ‘improved’ or ‘enhanced,’ they don’t really have a meaning aside from a quantifiable or qualifiable improvement on something relative to the past.”

What’s more, DeNeal cautions buyers to be skeptical of the government-rated Energy Star appliances — product changes that came about as a result of the Environmental Protection Agency’s 1992 creation of the Energy Star program, designed to mitigate the U.S. environmental and climate impact — and purchase only after doing extensive research.

“As a benefit to the consumer, Energy Star can be a good indicator of energy efficiency,” he says. “But there is one critical point left out — longevity. Is something truly green when a new unit has to be manufactured every few years to replace the old one?”

Educate yourself before you buy

Bill Krier, owner of highly rated Broad Ripple Appliance, counters that Energy Star appliances can be a good buy, but he offers a caveat to shoppers. “You have to consider the individual product, its cost and how much you will use it, along with the savings you might realize in your energy costs to run the appliance,” Krier says, then consider other factors such as the manufacturer’s reputation, sale prices, and the appliance’s particular features.

Performance, price and energy efficiency all played into Nora member Mary Grcich Williams’ decision-making process when she needed to replace her high-efficiency top-loading washer with a new machine — again, after only five years. “I was very unhappy it lasted just slightly over five years,” Grcich Williams says of the Whirlpool model. “When I went to buy new, I did a lot of reading on high efficiency and the differences between top and front loading.

“I ended up getting another high-efficiency top loader, but I felt like I was satisfied that there were enough design changes … that I was going to take a chance,” Grcich Williams says, adding that the energy and resource savings offered by the high-efficiency models always appealed to her. “The high-efficiency washers don’t slog water like the old ones used to,” she says. “If they’re good, they get the clothes slightly wet. I feel my clothes come out clean.”

When asked to provide an estimated life span for Whirlpool’s high-efficiency washing machines like the one purchased by Grcich Williams, the company’s spokeswoman Kelsey McGovern referred Angie’s List to the American Homeowners Association, who according to McGovern “provide a better perspective into general industry queries.” The AHA says it has no information about the life span of Whirlpool's products.

Julie Wood, national spokeswoman for GE Appliance, says industry experts know that customers sometimes find it hard to embrace the changes offered by the new products. “For consumers who are less familiar with high-efficiency washers, it’s a consumer education challenge,” she says.

Rigorous testing occurs to ensure a product can do what the company says it will, Wood says. While GE formerly used cement block counterbalances as weights in some models of washers like Arnold’s, she says, the company has since abandoned the practice after making a design change.

No matter to Arnold, who says her used appliance works just fine. “Buying used made us into believers of using, or at least looking into, used appliances,” she says. “I would recommend people not rule it out.”