How Does the Trade Shortage Affect Homeowners? 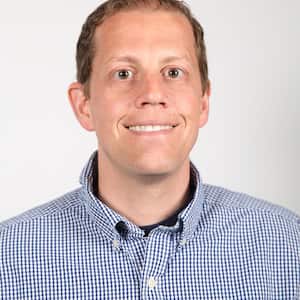 Contractors working shorthanded can have an immediate impact on the quality of work.

When Teresa Perella needed a new kitchen, she couldn’t find a contractor who was willing to take the job.

Perella, of Decatur, Georgia, planned to spend roughly $25,000 remodeling her home’s 200 square-foot kitchen. She wanted a newer look, with more cabinet and counter space, and more room so her 11-year-old daughter could sit nearby while Perella cooked.

But most of the contractors Perella contacted wouldn’t consider bidding on a kitchen remodel under $50,000. The exception was Platinum Kitchens & Design, Inc., located in nearby Alpharetta.

The project, which began in July 2015, cost roughly $27,000 and was supposed to take between six and eight weeks at most. But Perella’s kitchen wasn’t complete until November 2015, parts of the job needed to be re-done and Perella eventually had to watch workers herself to ensure they completed everything correctly.

“No matter if a company says they’re full service, they’re not. You still have to be project manager of your own job,” Perella says.

Michael Karp, co-owner of Platinum, knows his business missed the mark. Specifically, the project managers in charge of the remodel were overworked, crews fell behind quickly and not everyone on the job knew what they were doing.

“This was not our best job, by any means. We didn’t love the way it was handled, and we knew it,” Karp says.

An ongoing challenge for Platinum and other businesses is finding qualified workers and keeping up with demands from customers who are eager to build, remodel or repair their homes. Many businesses have started training their own apprentices, and paying tuition for any necessary technical training.

The impact for consumers means you may have to wait months to break ground on a planned home renovation, or shop around to find a contractor who deems your project to be worth their time. You also need to study up on your contractor’s staff. Otherwise a business could send inexperienced subcontractors to your home.

“You want to make sure that company (you hire) has the ability to properly train their people,” says Chuck Smith, president of Current Electric in Brookfield, Wisconsin.

The struggle to find skilled workers

Karp wants the best contractors for his business, but adds that finding qualified workers is difficult.

“As much as I like to keep control over things, and use the same guys and not pull contractor du jour, occasionally people experience failures,” he says.

Karp typically starts workers slowly, on a part-time basis, seeing how they perform on different jobs. If workers or project managers do well, Karp asks them to work with Platinum on a full-time basis, though they don’t become Platinum employees.

Platinum’s project managers, who oversee projects such as Perella’s, are also largely in charge of finding, hiring and supervising any subcontractors needed for a job. And sometimes those subcontractors leave unexpectedly and have to be replaced quickly, Karp says.

“I do want to get to know people over time, but I can’t always know everybody that every guy is using,” Karp says.

According to the Bureau of Labor statistics, job openings in the skilled trades will expand twice as quickly as the average of all other fields in the next decade.

Trouble from the start

Platinum, which has a B rating with 7 reviews on Angie's List at the time of publication, agreed to begin work on Perella’s kitchen in July, but work ceased almost as quickly as it began. On day one, crews demolished the old kitchen, then no one returned for nearly two weeks.

“I had no kitchen, and nobody coming in,” Perella says.

When she called to find out where the crews were, someone told her they were short-staffed, with workers on vacation. Perella understood, but told Platinum this couldn’t happen again.

“I understand things happen. You deserve a vacation. But it gets old after awhile,” she says.

Perella was scheduled to go out of town at the end of the second week, and she expected to see some signs of her new kitchen when she returned. But when she was back home the only change she noticed was parts of the kitchen floor had been pulled up.

Karp says by this point the crew should have had Perella’s cabinets installed. Instead, they fell irreparably behind.

Keeping a close eye on things

As the project progressed, Perella started noticing errors that none of the remodeling crew or the project managers caught. These included problems with cabinets and doors that didn’t fit correctly, and a garbage disposal that sent whatever was in the disposal back up through the drain. Perella had to make multiple calls to Platinum to fix these and other problems.

Perella’s biggest issue came during week five, when it was time to install glass tile for a backsplash. An experienced tile layer wasn’t available, so Platinum brought in a new contractor.

When Perella saw the end result, she was fuming. Grout lines ranged from 2 mm to 10 mm, and the tiles weren’t lining up properly.

“At first I thought I was just being too picky, but the more I looked at it the more I thought a 3-year-old had tiled my kitchen,” she says.

Platinum agreed to re-tile the backsplash, and by this point both Perella and Karp were frustrated at how long the project was taking. Workers were coming sporadically throughout the weeks, chipping away at the tasks that remained. Perella also overheard the project managers lost one of their subcontractors, and were having problems finding a replacement.

“I understand there are issues with staffing, but other people I know have had renovations, and it wasn’t this bad,” Perella says.

Perella had hoped after speaking with Platinum’s owners that it would inspire the crew to work faster. But that hope disappeared when one of the workers told her if she had a problem she needed to speak with them, not the owner.

“As things got worse I thought, you’re not doing your job. I have the right to go to the owner,” she says.

The aftermath of a shorthanded job

Perella stopped keeping a weekly log after week seven, but remembers the project neared completion and she signed her final check to Platinum in November. And once the project was over, near the end of the year, Karp met with the two project managers overseeing the job to review what had gone wrong.

She says it’s now clear that the pair was working on too many other projects, unable to give Perella’s kitchen the attention it deserved. Karp says he’s ultimately responsible for giving the project mangers more jobs than they could handle, but added most project managers don’t want to say “no” to a job, either because of the money or because they want to please their boss or the customer.

Both project managers still work for Karp, and had more success managing their workload in 2016. Karp says there’s a learning curve to finding out how much work skilled contractors and project managers can handle.

“We found it in an unfortunate, difficult manner. And part of that was during Teresa’s job,” Karp says.

Platinum had one full-time employee in 2015 whose job was to keep contractors and homeowners updated on the status of a job and whether it’s progressing on time. The company added a second employee to track jobs’ progress in 2016, partly after what happened on Perella’s job, Karp says.

Another problem on the job is that not every subcontractor on the job, specifically the tile layer, had the skills needed for the project, Karp says.

For now, Perella is still letting the kitchen dust settle. She says there are still problems with the backsplash’s tile, but she’s skeptical about if or when she’ll hire contractors to fix that, or any other part of her home again.

She would like to update her home’s bathrooms, but doesn’t want to deal with another job that falls months behind schedule.

“I cannot allow someone else into my home who will disrupt my life for an extended period of time,” she says. 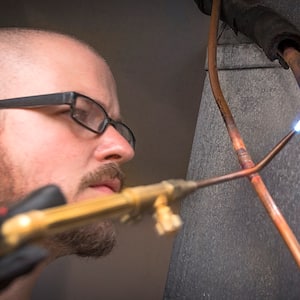 Will We Have Enough Skilled Trade Workers?

The shortage of skilled trades workers covers a wide variety of problems.