People have only been using electricity for about a hundred years, but today, we use it everyday and couldn't imagine life without it.

Electricity powers everything from computers to TVs to toasters, and we can create it in many different ways. But what is electricity, and how does it work?

Electricity is a form of energy, and it's made up of a stream of electrons, tiny particles inside the atoms that make up everything in the world, including our bodies. The movement of a stream of electrons makes up an electric current, which flows through wires and into things that we plug in. Electricity can also be stored inside of a battery to run things like cellphones and electronic toys. There's also a type of electricity that doesn't flow through a wire, and this is called static electricity. Static electricity is usually made by rubbing things together, and we see it when our laundry sticks together or when we take off a hat and our hair stands up. This is also the type of electricity you can use to give someone a shock with your finger on a dry day.

* An Introduction to Electricity

The science of electricity uses a lot of complicated words to explain what electricity is, how it acts, and what it does. For instance, a conductor is a material that lets electric current flow through it easily, while an insulator does the opposite. A closed circuit is one that has a complete path for the electricity to flow through, while an open circuit doesn't. The most basic example of the difference between these two terms is a light switch: When you flip the switch one way, you create a closed circuit and the light goes on, but when you flip the switch the other way, you break the circuit open and the light turns off.

Electricity has been interesting to people ever since Ben Franklin proved that lightning is made of electricity, which was way back in the 1700s. Today, a lot of people don't really think a whole lot about how electricity works, but there's a lot of neat stuff about it that many people don't know. For instance, did you know that there's even electricity in your body? Electrical signals flow through your heart to make it beat properly.

The Internet has a lot of interesting information about a lot of different topics, and that includes the topic of electricity. One way to learn more about electricity is to do a webquest. By following the instructions, you can learn a lot about how electricity works and what people can do with it.

Once you've learned a lot about electricity, you might want to try taking a quiz to see how much you know. Quizzes can be fun, especially if you use them as a game with friends. Who can get the most questions right? Try out a few online quizzes and see!

* Quiz: The Science of Electricity

In the world of science, there are all sorts of experiments you can do to see for yourself how the world works. Electrical experiments can sometimes be dangerous, so you should always have an adult help you. But with their help, you can do all sorts of neat things with electricity, from making your hair stand up to making a battery out of a lemon!

* Make Your Own Lemon Battery

* How to Make Lightning 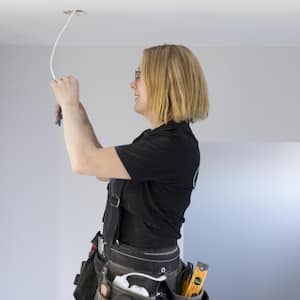 8 Questions to Ask an Electrician Before Making Your Hiring Decision

Whether you’re installing new lighting or rewiring a circuit breaker, know the right questions to ask your potential electrician