How to Prepare for an Earthquake

You don't have to live in California to experience an earthquake. Learn how to prepare your home and what to do when the ground starts shaking.

About 20,000 earthquakes shake up the United States each year, though most are small.

These quakes happen in more places than just the West Coast. The Insurance Information Institute reports that since 1900, 39 states have experienced earthquakes and the aftershocks that are common in the hours or days after.

So what do you do in an earthquake? Follow these rules from the Federal Emergency Management Agency:

• If you’re inside, stay indoors.• You're biggest threat is from falling objects, so stay away from glass, cabinets, bookcases or anything heavy that's mounted to a wall.• Drop to your hands and knees.• Cover your head and neck, preferably under a desk or large table. If you don’t have a table or desk nearby, take cover against an inside corner of the room.• Hold on to something sturdy until the quake stops.

How to protect your house from an earthquake

Earthquakes don't kill people so much as poorly designed structures, according to Build Change, an organization devoted to planning and building tremor-resistant structures,

If your home has sustained significant damage, text SHELTER plus your ZIP code to 43362 (4FEMA) to find a shelter nearest to you.

Knowing that disaster can strike sooner rather than later, it’s always a good time for property owners to shore up their homes. Here's how to incorporate some seismic resistance into your new or existing home:

Build better walls. Whether you're building your new home or retrofitting your existing home, you can make the walls more earthquake-resistant.

According to the American Institute of Physics, if your building plans include masonry infill walls, which tend to collapse in an earthquake, adding steel reinforcements can help avoid significant structural problems.

You can also leave space between the walls and the building frame, allowing for some drift as the building moves during the quake, AIP suggests.

Install rounded windows. While you’re probably not accustomed to seeing these from an aesthetic standpoint, a building's framework will sway during an earthquake, causing a shift in the window frames.

The rigidity of the window glass means that as pressure is put on them, the corners will start to crack and chip.

Rounding out the corners will likely preserve the windows, according to the AIP.

Anchor the furniture. You might lean your bookcases against the wall, thinking they will remain standing because of the weight of their contents.

But most modern systems come with straps intended to anchor furniture to the walls.

Use them. And if you have older bookcases or wall systems that don't come with safety anchors, you can find them at the home improvement store for under $20.

For more detailed information on constructing an earthquake-proof home, check with a contractor with expertise in this area and read the FEMA’s Homebuilders' Guide to Earthquake-Resistant Design and Construction.

The guide offers checklists for homebuilders, including recommendations that exceed code for seismic resistance and low-cost measures that can improve performance under stress. 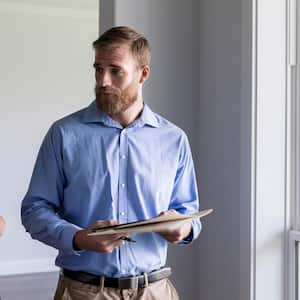 Foundation repairs can be stressful, but having the right inspector can put you at ease

Editor’s note: This is an updated version of a story originally posted on Sept. 7, 2011.