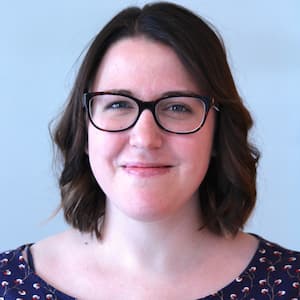 With its walkability, restaurants and art galleries, Fountain Square is on the upswing.

What was once a thriving commercial district on the Southside started to fall off the map in the 1950s as new development further south began to overshadow Fountain Square. Theaters closed, residents fled, and the Fountain Square fountain was moved to Garfield Park.

It’s hard to believe one of Indy’s bustling Cultural Districts full of artists and arguably some of the city’s best local restaurants remained on a downward trajectory until the late 1990s.

“When I came here, everybody who knew me said I was crazy,” says Linton Calvert, co-owner of the Fountain Square Theatre Building. “And those who didn’t know me said I had a vision. They weren’t willing to call me crazy.”

The people who said he had a vision were on to something. Linton grew up on the Near Eastside and had faith in Fountain Square. “I’ve always been a great believer in what this area could give back to the city and the people who visit,” he says.

Linton and Fern Calvert purchased the mostly vacant Fountain Square Theatre Building in 1993. They owned a bowling alley on South College Avenue next to Iaria’s Italian Restaurant, and saw it as a chance to branch out. “Simon [Simon Property Group] was working to open a mall downtown, and the building had bowling in it,” Linton says. “We figured we would build a home in the building and wait for Simon’s success to help Fountain Square. Of course, it’s taken 20 years, but we’re alive now.”

Although Fountain Square didn’t blossom as fast as the Calverts hoped, they had an audience for their duckpin bowling, so bringing in visitors wasn’t a struggle.

They also opened a diner on the first floor.

Things quickly evolved. “We opened offices on the second and third floor, which allowed us to invest in heat and air,” Linton says. “We were then able to take the next step in the mid-90s, and started renovating the theater.”

Linton, who studied architecture, says the building is structurally rock solid. “I really tried to retain all the aesthetics from the plaster work to the doors and trim.”

There were some growing pains along the way, but as success occurred in one area of the building, the Calverts did more.

What is now the heart of the arts scene in Fountain Square was close to foreclosure when local developers Craig Von Deylen and Larry Jones purchased the Murphy Building in 2009. There were no leases in place, so Von Deylen says his first focus was finding solid tenants who would be good contributors to the neighborhood he was already investing in.

Today, the building is bustling from top to bottom, especially on IDADA First Fridays when people stop in for a bite at La Margarita, Pure Eatery, or Red Lion Grog House, watch a short film hosted by Heartland Film and enjoy the art galleries.

Linton says with their skyline, fountain and independently owned restaurants, Fountain Square has the charm of a small town, but all the amenities of the city.

Member Emily Machogu, a doctor with IU School of Medicine, definitely experienced the close-knit community when she moved into the neighborhood last April and multiple neighbors introduced themselves.

She says the neighbors all look out for each other. “One of our neighbors mows our lawn and helps shovel the snow,” she says. “A couple has left vegetables from their garden on our porch. We have chickens, so we leave eggs with the neighbors. It’s part of the city, but has the feel of a small town.”

Member and Realtor Tad Aschliman has lived in Fountain Square since 2006, and agrees the residents are very welcoming to newcomers. “There’s not a lot of pushback, like in most neighborhoods,” he adds.

Aschliman says at any time he could get a group text inviting people to drinks at La Margarita or a game of basketball. “Within 10 minutes, you’ll have a dozen people show up,” he says. “It’s like a neighborhood full of adult ‘Little Rascals.’”

A home for the arts

Rene Fox, a member of the Fountain Square Arts Council, grew up in Fountain Square. She remembers hard times in the neighborhood. “We saw businesses go out and we all wondered what would happen,” she says. “But the arts community saw potential, and one by one they came.”

The Fountain Square Arts Council intends to further establish Fountain Square as an arts destination and provide support for local artists, among other goals. Volunteering gives Fox a chance to give back to a community she loves.

Arthur’s Music Store has been a pillar in the community since 1952 when Amos and Leola Arthur opened the one-room store. In the ’60s, they took over three houses on the block and expanded the business.

Store manager Amy England, granddaughter of Amos and Leola, says the ’50s through the early ’80s were a good time for the store.

“After the hair metal time, it kind of slowed for us,” she says. “The digital revolution was going on in music, and that’s not what we do.”

Fountain Square’s decline also made times rough for the family-owned music store. “People were scared to come down here during the day,” England says.

But the late ’90s brought residents who wanted to invest in the community.

“The fact that the people moving to Fountain Square are all about the ‘shop local’ movement and making their community a place to be has helped us considerably,” England says. “That really coincided with the music industry realizing pop and hip-hop aren’t the end all, be all. People want to hear bluegrass, folk and indie rock, and those are our fortes.”

April through October, Arthur’s gives back to the community by hosting 3rd Fridays in the Plaza, a free concert series featuring local bands.

“When it first started [in 2013], we had people interested, but they were all from here,” England says. “We want our community to enjoy it, but we also want people from outlying areas to see what Fountain Square has to offer. Our crowds have doubled and tripled since then.”

Along with 3rd Fridays, First Fridays have blossomed in Fountain Square. Linton says Fountain Square provides the perfect ending to a First Friday outing, mainly due to free parking, an abundance of restaurants and close proximity to the interstate.

“We’re kind of quirky and fun,” Fox says. “As the arts have grown, the area has attracted more people, and it has its own vibe. A lot is happening right now, and a lot of that is due to artists.”

England says homeowners and businesses willing to support the artists are what make Fountain Square a destination. “If they didn’t want to help people reach their creative potential, they wouldn’t come here,” she says. “People allow their buildings to have murals painted on them and artists and musicians to work in front of their stores. That’s what makes the area unique.”

Maintaining the right level of growth

Aschliman says his real estate business is Fountain Square-centric, not as an intentional career choice, but due to the interest in the neighborhood.

“The top really got blown off at the same time the Cultural Trail was finished,” he says. “Since 2013, a third of the homes we have renovated in the area are sold before they are finished.”

Despite the obvious interest, Von Deylen, co-owner of Deylen Realty, hopes Fountain Square doesn’t start resting on its laurels. Deylen Realty will soon develop a five-story mixed-use building at 1202 S. Shelby Street featuring 64 apartment units called Forte. “People think work here is done but there’s quite a bit to do,” he says. “We need to continue that pace to continue to maintain stability in the neighborhood.”

Aschliman hopes the increased interest doesn’t detract from what makes Fountain Square special. “There’s a greater risk every day of a big developer destroying the fabric,” he says.

Linton agrees, saying the neighborhood doesn’t want to become a Broad Ripple. “That’s not meant to be negative,” he says. “We just want to be a place where people have dinner and go home by midnight. We have some night clubs, but we don’t want to be predominantly night clubs.”

Aschliman wants the neighborhood to retain what makes it special: the walkability, the clear character, charm, identity and pride.

“Fountain Square is very well-aware of what it is and likes to keep it that way.”

Another con to the growth is the rise in rent. “Rent has shot up more than house prices, so artists and musicians – a lot of the people who used to live here – can’t afford it,” Aschliman says. “The 27-year-old Tad who moved here in 2006 couldn’t afford it today.” He adds that it’s something the neighborhood can’t avoid, but can try to control.

Linton says they don’t want to displace long-time residents, but it’s something that might be inevitable as young professionals increasingly want to become part of the community.

Accommodating traffic and parking is another struggle, but England says if that’s one of your main issues in a neighborhood, then things aren’t that bad. Fox adds the Cultural Trail and Pacers Bikeshare have helped tremendously.

“Change is happening,” Aschliman says. “We just want it to be the right change, and to preserve as much as possible in the buildings, architecture, people and culture.”

Despite any challenges, Linton says it’s nice to have people looking at Fountain Square. “It’s our growing up phase,” he says. “People are going to find us, and we might have stuff coming at us that we don’t want. But we’re ready for that growth.”