Andersonville: Despite Changes, Neighborhood Stays True to Its Roots 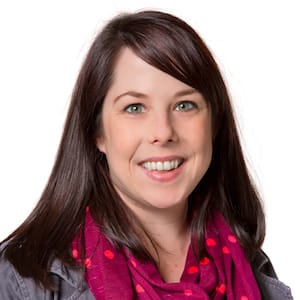 Andersonville is ranked among the "Hottest Neighborhoods of 2015."

Rising from the ashes of the Great Chicago Fire, Andersonville has grown from a community of Swedish immigrants into one of the city’s most diverse neighborhoods.

The fire swept through the city in 1871, leading to a ban on wooden homes that pushed many Swedish immigrants north into what is now known as Andersonville.

“A lot of them came with carpentry skills,” says Lesli Proffitt Nordstrom, marketing manager for Andersonville’s Swedish American Museum. The migration brought families, along with Swedish restaurants, delis and other businesses, into the neighborhood, according to Nordstrom.

The museum opened in 1976 in a storefront log cabin as a place for Swedes and Swedish-Americans to tell their stories, Nordstrom says. These days, the museum, which has since moved a new home at 5211 N. Clark St., is a place for the entire community to gather.

“It’s not just for Swedes and Swedish-Americans,” Nordstrom says.

A diverse neighborhood — in more ways than one

The same could be said of Andersonville itself, which today is home to a mix of singles, couples, families and a growing LGBT community, according to Maggie Finegan, a Realtor with Keller Williams and a longtime resident of Andersonville.

Far from being just a haven for Swedish-Americans, Andersonville is now home to residents of 41 different nationalities, according to Finegan.

The diversity is also reflected in the neighborhood’s dining options.

“Almost any kind of ethnic dining you could ever want, we have it here,” Finegan says.

The neighborhood boasts several theaters and a comedy club, along with a local brewery and a distillery.

RELATED: Which Chicago Suburbs Are The Safest Among U.S. Cities?

Andersonville’s proximity to the lakefront and Lake Shore Drive is also a big draw for residents, Finegan says.

“You can get downtown in about 10 minutes,” she says. The community has access to the Red Line, Metra and CTA express buses, and WalkScore.com has dubbed Andersonville a “walker’s paradise,” with a score of 93 out of 100.

Finegan says the neighborhood’s housing options range from high-rise apartment buildings for those just entering the Chicago real estate market to condos, townhomes and single-family homes. According to Redfin, the median home sale price in Andersonville is $308,000.

Redfin recently ranked the neighborhood No. 7 among its 10 “Hottest Neighborhoods of 2015”— a distinction that doesn’t surprise Finegan.

“It’s friendly,” she says of Andersonville, which has one of the lowest crime rates among Chicago neighborhoods.

In June, the Andersonville Chamber of Commerce will host its 50th annual Midsommarfest, which serves as a kickoff to the summer festival season.

Set for June 12, 13 and 14, the event will also commemorate the 50th anniversary of the name Andersonville, according to chamber associate director Jason Cox.

The late Mayor Richard J. Daley rededicated the neighborhood, which was renamed for the school that once stood at Foster and Clark streets, on Oct. 17, 1964. The first Midsommarfest was held the following June, Cox says.

The annual event features live entertainment on five stages, along with a wide variety of food vendors and family friendly activities.

“Midsommarfest is really just a reflection of the neighborhood,” Cox says. “It just has a really nice feel to it.”

While many of the original Swedish-owned businesses have left Andersonville, the community remains true to its roots.

One locally owned mainstay is Simon’s Tavern, which got its start as a cafe before becoming a speakeasy during Prohibition.

Swedish immigrant Simon Lundberg opened the cafe in 1922 shortly after arriving in Chicago. With Prohibition in effect, the business couldn’t legally sell alcohol, but it was whiskey that helped Simon’s thrive, says owner Scott Martin, who purchased the business from Lundberg’s son, Roy, in 1994.

Shortly after the cafe opened, two men came in and ordered coffee, only to pour whiskey into their drinks. One of the bootleggers, suspected to be members of Al Capone’s gang, let Lundberg taste the drink, and offered to provide the tavern with a steady supply of whiskey, according to Martin.

“Sure enough, his business started to take off,” Martin says. By 1926, Simon’s had grown enough to move into its current location at 5210 N. Clark St.

Lundberg opened a cafe on the first floor of the building, with a speakeasy, dubbed the N.N. (“No Name”) Club, in the basement, Martin says.

Today, the original door to the speakeasy serves as the entrance to Martin’s office. A 60-foot mahogany bar, installed by Lundberg after Prohibition ended in 1933, also remains as the centerpiece of the tavern.

A lifelong resident of Andersonville, Martin co-owns Svea, one of the neighborhood's last remaining Swedish restaurants, with his father, Tom Martin.

While the demographics of the neighborhood have changed over the years, Andersonville’s identity hasn’t, according to Martin.

“You’re talking to a guy who has lived here 55 years,” he says. “It’s the same neighborhood it’s always been. It’s the friendliest place in the city. It was that way in the ’60s, and it’s still that way.”

Looking for a new home? Before you buy, check out the Angie’s List Guide to Real Estate Agents.