6 Essential Elements to Include in Your Man Cave 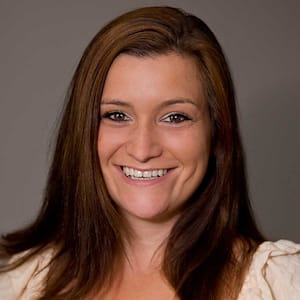 Whether your favorite sport starts with a kickoff, tipoff or first pitch, you probably settle in to your go-to spot to watch the game.

Where is that perfect place? For many guys, it’s their man cave. Don’t worry if you haven’t found or created your perfect space yet. We’ve got some tips to get you started. The owners of some of our favorite man caves threw their hats into the mix and helped come up with the six essential elements of any man cave.

1. Put TVs everywhere (even the bathroom)

What’s a man cave without a giant flat-screen TV? For most sports fans, one TV is imperative, but it doesn’t hurt to have multiple TVs strategically placed throughout the entire space so people on the other side of the room don’t have to strain their eyes.

Fishers, Ind., member Jim Brown took this to heart when creating his man cave, as he installed a urinal in the bathroom with a flat screen hanging just above it. So when it’s 4th and 5 with two seconds left in the game and the Indianapolis Colts are kicking a 50-yard field goal, he won’t miss a second as he goes from room to room. His $35,000 basement overhaul included a theater with a wet bar, full bathroom, workout room and extra bedroom. “For my entire life, I’ve dreamed of having a perfect man cave. Now it’s a reality,” he says.

Regardless if you bleed Cardinals red, love your Harley or prefer a sophisticated neutral look, our experts say pick a theme and stick with it.

New Kensington, Pa., member David Zawrotny loves his Harley Davidson motorcycle. Naturally, when it came time to redo his garage, he took that passion to the max, choosing a Harley theme and carrying it through the whole room.

His Harley is on prominent display in the space, which includes a large TV, karaoke machine, bar, refrigerator, plenty of extra seating and beds for his two German shepherds. Zawrotny says highly rated Michael F Whalen Contracting of New Kensington helped turn his ultimate man cave dream into reality for $21,300.

3. Build your own bar

Homer Simpson and the guys at Moe’s Tavern all agree — no man cave is complete without a great bar.

Whether you just put up a refrigerator and a few stools or go big like Brown, the bar usually provides a focal point for gathering. Brown’s bar contains a built-in faucet and sink, side-by-side refrigerator and freezer, wine storage, bar stools, custom lighting and a popcorn machine.

4. Extra seating for your friends

Bring the stadium atmosphere to your man cave by making sure you have enough seating for the crowd you expect.

Although Cave Creek, Ariz., member Jerry Raether only had a small garage to work with, he found a way to incorporate plenty of seating and complete the transformation for a little more than $2,000. Highly rated Garage Floor Coating of Phoenix finished the man cave in just a couple days. “What was once a junk garage is now an entertainment room used by myself and the kids,” Raether says.

Is the Super Bowl halftime show putting you to sleep? Need some entertainment? No problem. Add a few games to the man cave for extra entertainment or to keep guests busy before kickoff. A pool table, karaoke machine, arcade games, Xbox, PlayStation and Nintendo Wii are all great options.

Related: Find your sanctuary with a man cave (or mom cave)

Chesapeake, Va., member Christopher Columbus discovered the ultimate man cave by placing a foosball table to go along with multiple flat-screen TVs, a full bar with a kegerator, an extra table and seating.

Are you the biggest fan of the Bengals, 49ers or Bears? Do you have autographed jerseys lying around? Display them prominently in your man cave like Seahawks fan Mark Brouwer.

His man cave took years to piece together, but he feels he scored a touchdown with his Seahawks-themed man cave. Brouwer purchased the helmets of the 31 teams that play against the Seahawks and puts the opposing team helmet on display in his man cave each week.

One of his favorite personal touches is the Seahawks rug that sits in front of the 120-inch projector. In the other part of the room, Brouwer painted the floor Seahawks blue to complement his Seahawks couch, flag and lamp. Brouwer now owns the perfect spot to watch the game.